Cokie is surely one of, if not the most principled people I have ever known. Even with all her name and fame, she remained true to herself, to her family values, to her faith, always humble, down to earth, natural, uncomplicated, while great. Cokie is truly and always a Sacred Heart girl. She was a born leader, whether a blue ribbon and a leader of the Gold team for intramural sports at Stone Ridge, or at Wellsley, or in the media.

She shines as a beacon of light for all. Just wanted to let you know the Cokie was my "big sister" and mentor at Stone Ridge during my freshmen year in High School. I was so blessed! Also had the privilege of spending time with her family while they lived in Bethesda. My heart goes out to all of them as they deal with this loss.

Karolen Linderman. We are so very sorry to learn about the passing of Cokie Roberts. I first met Ms. Roberts when I was teacher at Holton. I brought my students to meet her at Politics and Prose. After her presentation, I stayed to say hello, and I will never forget how kind she was and how patiently she answered questions with such knowledge, humor, and grace. My daughter became a student at Stone Ridge in the third grade. Our family attended the annual Christmas celebration at Hamilton House, and I was so excited to introduce my daughter, Gabriella, to Ms. Roberts, who attended the party and signed copies of her new book.

Cokie Roberts will truly always hold a special place in my heart, not just for her work as a professional, but for her living example of faith, intellect, service, community, as well as her kindness towards a new, shy little Gator. She was a wonderful woman and an inspiration, an example of what Stone Ridge girls, what any girl, can be and can accomplish. Mariana McCormick, Stone Ridge parent. What a lovely tribute of Cokie Roberts you have written. I am indeed touched. I have been sad all day since learning of her death.

I do not have any personal stories but always felt a closeness with her based on our shared love and support for Stone Ridge and our Sacred Heart values and education. I saw her at several Stone Ridge events throughout the years.

She was a remarkable woman. I have been listening to the lovely remembrances being given by her friends and coworkers all day on NPR. She made an impact, a difference. She will be missed by so many. Thank you for your lovely note to the Stone Ridge community. Estelle Schumann Noone ' I was at Stone Ridge in the Upper School from - I always describe my education at Stone Ridge as an excellent experience. The commitment of the Sacred Heart Religious to the education of girls and young women is extraordinary.

Thank you for that as well. Mary Thomasch ' She gave my commencement speech, Class of Inspiring woman. 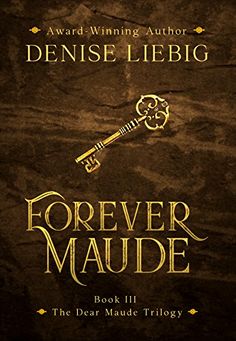 I am a physician and she motivated me to be a trailblazer in all parts of my life. Courtney R. I will miss her quiet and unassuming manner at our Stone Ridge Christmas liturgies. It was always a pleasure to see her participate so comfortably in our celebrations. John Hogan, Stone Ridge faculty. Cokie was such a dear, kind, thoughtful woman with a wicked sense of humor. We had so much fun as she and Steve would come on field trips and read to the class.

I cannot tell you what a special lady she was. You said yourself she was committed to the Sacred Heart. Besides Stone Ridge connection, Cokie was a Bethesda neighbor who also moved into her late parents home. She was also a great democrat. She was very generous especially with her time—to the Harvard Shorenstein Center on the Press where I once worked..

I even had a copy of an old Stone Ridge yearbook that I loved to look at. She was so generous with her time and very kind with what she said. Stone Ridge was very lucky to be able to have her attend so many events. In fact the whole Catholic community in the Washington, DC area benefitted from her willing participation. A few years ago she spoke at a Jesuit luncheon which was close to the last election and she was very interesting and diplomatic! I was looking forward to her speaking at our Christ Child lunch in October.

Rest In Peace Cokie, and thank you so much for all you did for all of us! I am an alumna, class of , and I had the honor of doing my Ffourth Academic internship with Cokie in January Shadowing her for a week in the ABC newsroom and seeing her prepare her reports was an incredible experience, which culminated in attending the State of the Union in the press gallery. Cokie was interested to know my impressions of what I had just seen or what she had given me to read and made me feel like my opinions mattered.

I also remember Debbie Dingell stopping by our table at dinner before the State of the Union, and Cokie introduced her as being a fellow Sacred Heart alumna. I felt proud to be a Sacred Heart girl, just like them! Please pass on my condolences to her family and may she rest in peace. Thea Agape Lim ' I am so very sorry for your loss.

I am honored to have spent one week shadowing Cokie in January through Stone Ridge's senior internship program, which included attending the State of the Union address. I was shy, awkward, and nervous, and she was incredibly kind and gracious to me. Cokie was a role model for women, and I will miss hearing her put news in context with her incredible intelligence and wit. She was the epitome of a Stone Ridge girl, and will continue to be an inspiration for me.

The memory that came to my mind was from my senior year her junior year when we were debating partners—Stone Ridge's team in the debating competition with teams from other Catholic high schools in the D. One evening we had a victory over one of our strongest opponents. I was concerned that this unannounced visit might not be totally welcome, but I drove up to the front of Hamilton House.

We got out, Cokie knocked on the door two or three times. When the surprised sister answered, Cokie "broadcast" the news that we had won. It was received with delight. I think of that night as a foreshadow of how she would make a great difference in our country and our world broadcasting important news.

Pat Hickman Livingston ' Thank you for sharing Cokie with us for so many years. I was so saddened to hear of your and our loss. As a young staffer at the White House Press Office during the Clinton Administration and a former journalist, I was fortunate to cross paths with her over the years. She was always smart, gracious, and kind.

I admired and respected her as a role model professionally and personally. Along the way, I learned that we were both Sacred Heart alums. Initially, I was surprised and then it made sense to me because she truly embodied the five goals of a Sacred Heart education. She was also visible at Duchesne in Omaha over the years. This is a lovely tribute, thank you. Kate Bothe Schulz. Outstanding person, loyal alumna, true daughter of Sophie Barat!

With a sling in his hand, he approached the Philistine.

American Standard Version And he took his staff in his hand, and chose him five smooth stones out of the brook, and put them in the shepherd's bag which he had, even in his wallet; and his sling was in his hand: and he drew near to the Philistine.